Soarano Train Station, officially known as Gare de Soarano, is the main train station of Antananarivo. The station is located at the end of Independence Avenue. From 1908 to 1910 the station was constructed next to a fountain, from where its name originates: Soarano meaning "good water". 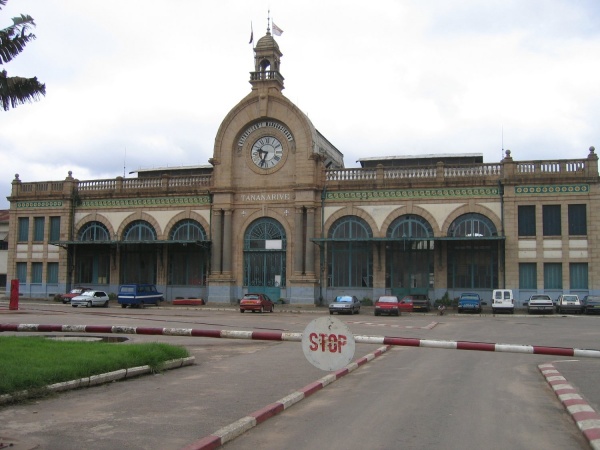 In the past, trains to Tamatave, Ambatondrazaka and Antsirabe used to leave from Soarano Train Station. Nowadays only some freight trains heading to the Eastern coast pass the station. In 2009 the 2-storey building was restored by Madagascar Estates Development Partners and turned into an upscale commercial and business centre. Several retail shops moved into the ground floor, whilst the first floor is dedicated for office space. The train station platform is used as an open restaurant terrace, where also cultural events and exhibitions take place.