Lily Waterfall or Les Chutes de la Lily is a waterfall full of legend located near the village of Ampefy. Four and a half kilometres west of Ampefy there is a junction with the sign to Lily Waterfalls on the left side of the road. From there a dirt road in poor condition leads another five kilometres to the waterfall, passing green farmland, numerous fields and a small village. Volcanic hills similar to those in a fantasy Teletubbies landscape frame the surrounding area. 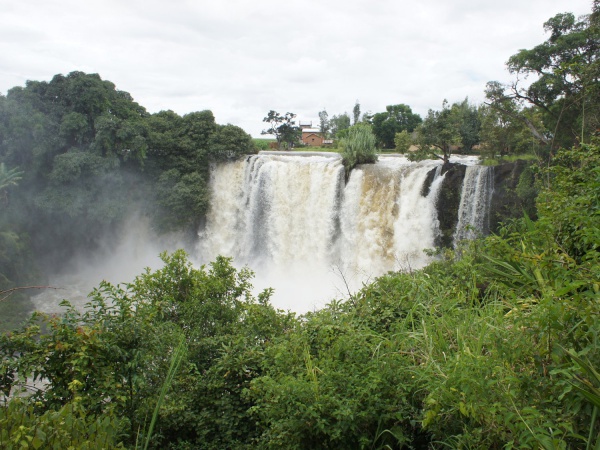 After a 1.5-hour walk one reaches the idyllic village of Antafofo, which lies directly at the powerful, 23 metres high waterfall. The village offers several small Malagasy restaurants. A tiny watermill supplies parts of Antafofo with electricity. Women and children offer carved volcanic rocks as souvenirs. There is a visitors fee of 2,000 Ariary per person and a parking fee of 1,000 Ariary per car. Next to the car parking area there is a small shop.

The legend about the waterfall dates back about 40 years. In those days a Vazaha lived in Antafofo. He was the owner of a plantation and had a daughter named Lily. One day the girl had an accident by the river and disappeared. Although the entire village was searching for her she could not be found. Obviously the currents took the little girl away. The villagers decided to name the waterfall Lily in memory of the girl. Therefore, the river leading to the waterfall is also called Lily.