Sambava to Farihy Ampasimbato and back is an approximately 50km bike ride through coconut and vanilla plantation and beautiful scenery the whole way. 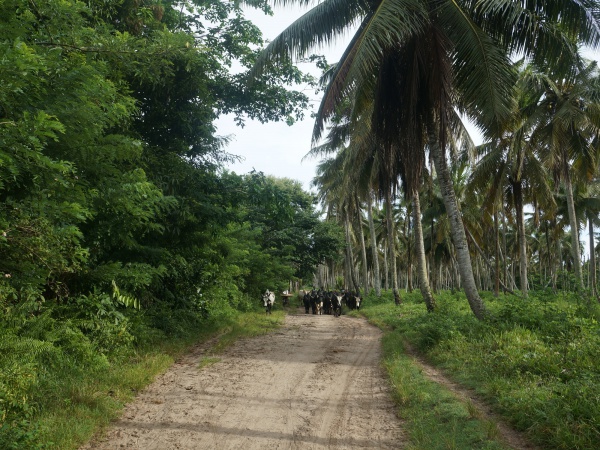 The bike ride begins with a canoe crossing over a creek close to Sambava Centre and thereafter an about 10km stretch through coconut plantation. The price for the canoe crossing including a bike is between 1,000 Ar and 2,000 Ar.

Most of the route runs along a sandy but bikeable road often in the shade of coconut palms, first passing the village of Ampisasanala and thereafter Antongompahitra.

About 3km after, cross Bemarivo with a pirogue. The price for a boat including a bike is 2000 Ar.