Sambava to Andapa by bike

The incredibly scenic bike route from Sambava to Andapa can be a challenging one, not because of the road condition or the approximately 110-kilometre distance, but because of the gradually increasing intensity and regularity of uphills, especially along the final 20 kilometres. The rough stone tarmac road is in perfect condition and passing cars are few and far between. 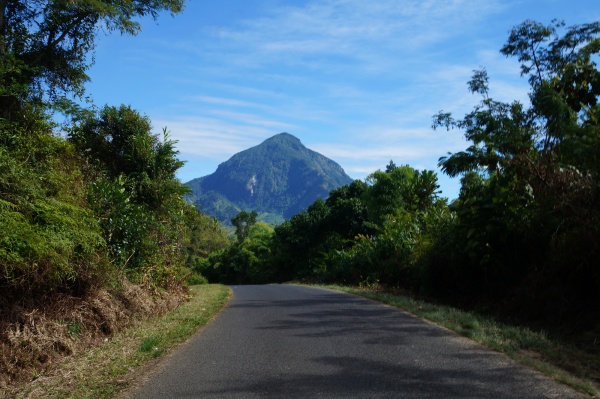 After about eight kilometres along the RN5a from Sambava, turn left at the crossroad village of Ambariomihambana where the RN3b way to Andapa begins. 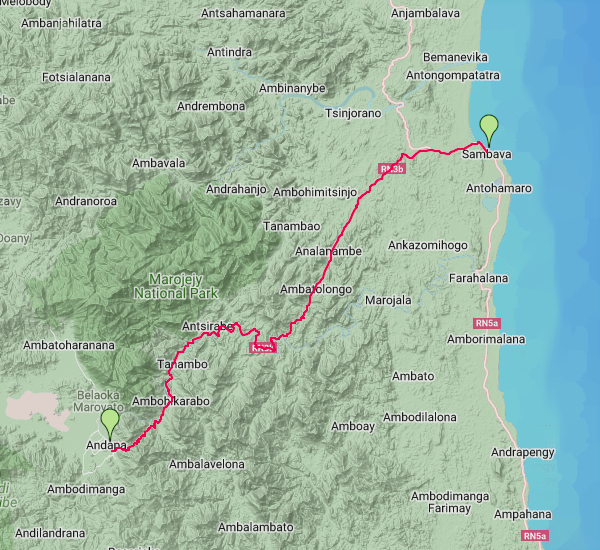 The entire stretch is surrounded by mountainous landscapes, traditional farming and picturesque villages. There are at least one or two weekly markets along the route on any given day of the week.

Throughout much of the ride, impressive views of the Marojejy massif with its 2,132 metres peak is a part of the regular scenery.

Every few kilometres there are villages but none of which offers high standard accommodation, so it's best to complete the entire stretch in a single day, perhaps aiming to arrive at the highest point of the road close to Andapa shortly before sunset.

Tourists usually come to this part of Madagascar to visit Marojejy National Park, which also offers a stopover for bikers wishing to divide the journey in two parts.

Marojejy has camp tents at three different elevations. The park office can be found shortly before Manantenina where bikes may be stored during park visits. Information about possible circuits is available here as well as guides to the park.

After Manantenina, in the village of Ambohimanarina, Mr Kakao has a restaurant, which over halfway to Andapa makes a good lunch stop before embarking on the remaining and challenging uphills. If necessary, call to preorder at 032 47 376 11.

Above the road to the left at an altitude of 500 metres stands a futuristic monument, built in tribute to the porters who carried equipment and materials for the road construction between Andapa and Sambava in the mid-sixties. The monument is visible when looking up exactly at S 14°37.968' E049°42.404‘. 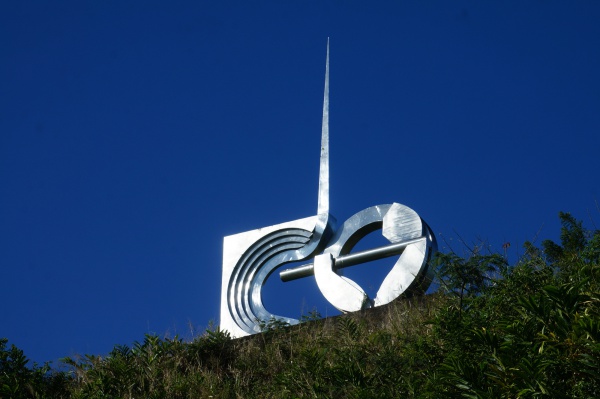 Andapa Basin, named so in reference to its surrounding mountain range and frequent rainfall, will be in view shortly after the highest point of the road at an altitude of 737 metres.

Thereafter, only a 10-minute downhill roll until the finishing line remains, where the best accommodation in town, Hotel Beanana, is located shortly before the town hall and figurehead statue.

Hotel Beanana offers hot water as it gets chilly at night in this region. There is no restaurant but meals, including breakfast, can be preordered.

The Andapa Basin itself offers bike and trekking opportunities in all directions. Except for in Andapa town, there are no tarred roads, only countryside roads and trails. 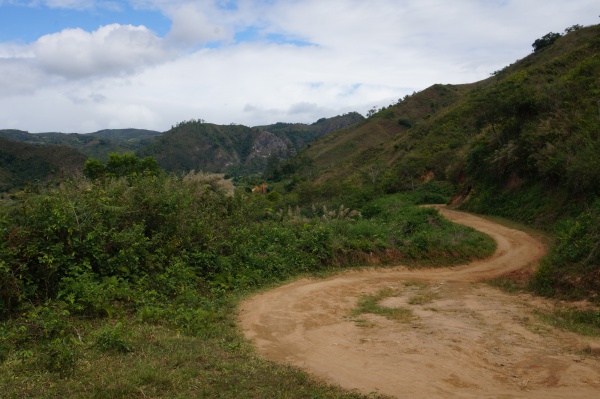 As of 2022, Andapa Basin is a virtually tourist-free zone, not due to a lack of attractions, but because the destination has remained below the radar of the tourism industry and what is typically offered by package tour operators. 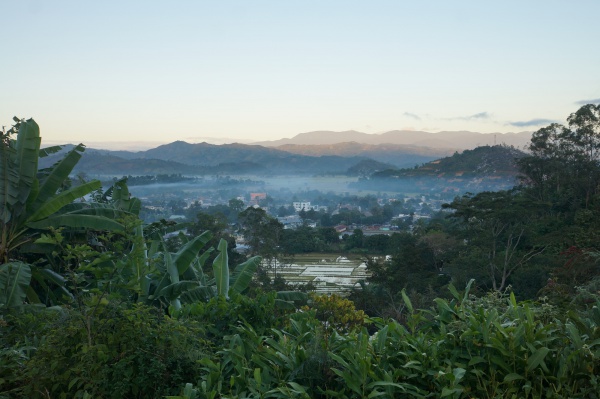 To explore the area further afield, for example, complete a 26-kilometre bike ride from Andapa to Ampontsilahy and return. 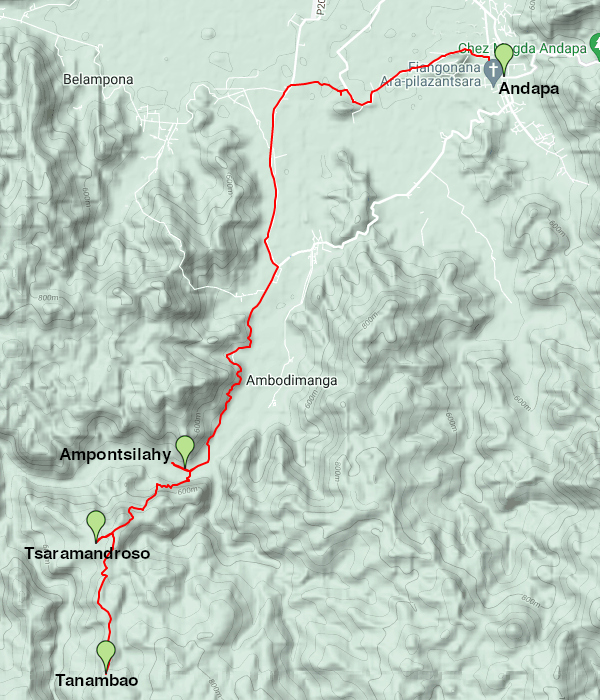 Alternatively, stay overnight at the basic hotel accommodation in Ampontsilahy and thereafter continue by foot along the less bikable routes at higher elevations, such as Tanambao, Tsaramandroso and further.

Combining the uphills and downhills along the route between Sambava and Andapa, the total ascent is 1,536 metres and the total descent is 1,054 metres. For most except the athlete biker, a good few parts will require leading the bike uphill.

The return part to Sambava with fewer uphills than downhills will be relatively easier, especially along the all-scenic first few kilometres following the peak.

This bike ride was also posted on Carnets Madagascar at facebook.com/carnetsmadagascar/posts/1482983375542053