Difference between revisions of "Nahampoana Reserve"

The old Botanic Garden of Reserve de Nahampoana is seven kilometres east of Fort Dauphin. The well maintained garden, formerly named Garden of Acclimatisation, encompasses an area of 50 hectares. Good hiking trails wind through vegetation typical of the east and south of Madagascar. 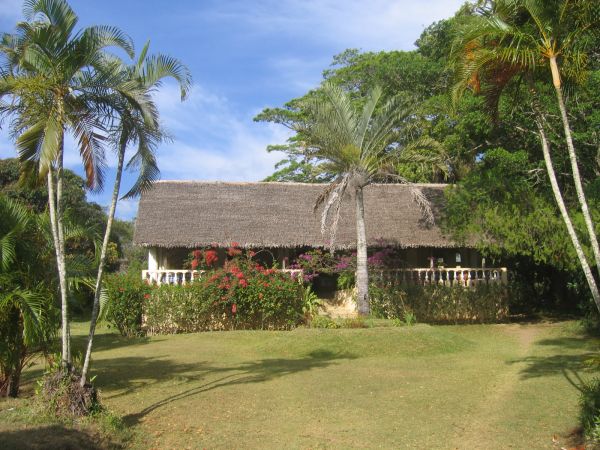 Amongst the many exotic plants that can be found in the park are the Ravenala Palm, Pachypodium, Madagascar Pitcher Plant, Oil Palm, Canela Cinnamon, Lemon Eucalyptus, young Baobab Trees and the conifer Arokaria, as well as the Triangle Palm Tree which can be found only in Fort Dauphin and nowhere else in Madagascar.

Every lemur species native to the south of Madagascar lives in this park. During the early morning hours various groups of lemurs, such as Verreaux's Sifaka, Ring-tailed Lemur or Brown Lemur, usually play in the trees and on the ground near the old colonial house. Other animals in the park include chameleons, tortoises, crocodiles and a wide variety of birds.