Difference between revisions of "Madagascar Cloves"

The clove tree, botanically named Syzygium aromaticum, is a member of the Myrtaceae family of evergreen trees, which typically grows in a humid tropical climate below 300m where there is no noticeable dry season. While clove farming has existed in Madagascar since 1820, clove became a number one cash-crop in 1990, providing an important contribution for Malagasy households, allowing farmers to supplement their incoming during shortfalls in food production. 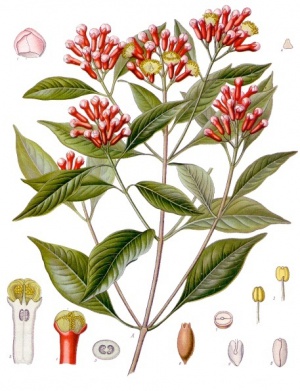 Clove oil is is widely used as a base in perfumes, for example in l'Air du Temps by Nina Ricci and Opium by Yves Sain-Laurent.