The Vohitrarivo farm is a 40ha land area next to the village of Vohitrarivo in the SAVA region in the northeast of Madagascar. Located in perhaps one of the cleanest regions on earth, the land has been used for small-scale farming without any use of artificial fertilisers, pesticides or fossil-fueled farming machinery throughout its existence. With a natural river running through the middle of the property, the land is especially rich in alluvial soil which receives seasonal deposits of fertile sediment providingideal conditions for farming countless species of low-altitude tropical crops.

The above map shows the approximately 4.3km around the 40ha property. The minimum elevation above sea level is 12m and maximum is 51m. The condition of the 18km route to the main road varies from difficult to easy depending on the season and usually takes 30 minutes by car or motorcycle during the dry season. 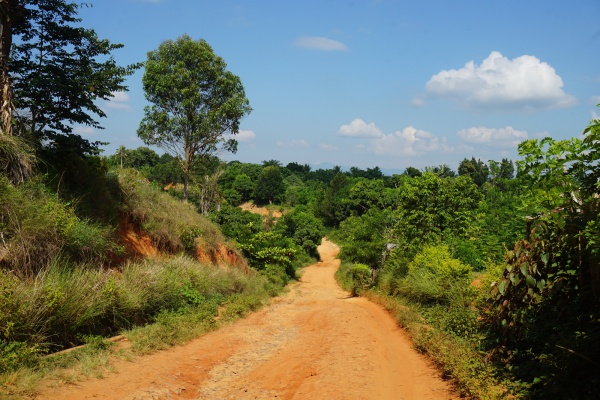 For further information and/or to organise a visit and survey of the property, contact Pierre's cousin Mr Randriasony in Antananarivo at +261 (0)32 53 958 51 or via email boutdepiste@gmail.com
Retrieved from "https://www.madacamp.com/index.php?title=Vohitrarivo_farmland&oldid=52683"