Sambava to Farihy Ampasimbato and return is an approximately 50km bike through nature, villages, across rivers and along vanilla and coconut plantations.

The bike ride begins with a crossing by canoe across a creek near the centre of Sambava followed by an approximately 10km stretch through coconut plantation. The price for the canoe crossing including bike is between 1,000 Ar and 2,000 Ar (2020). 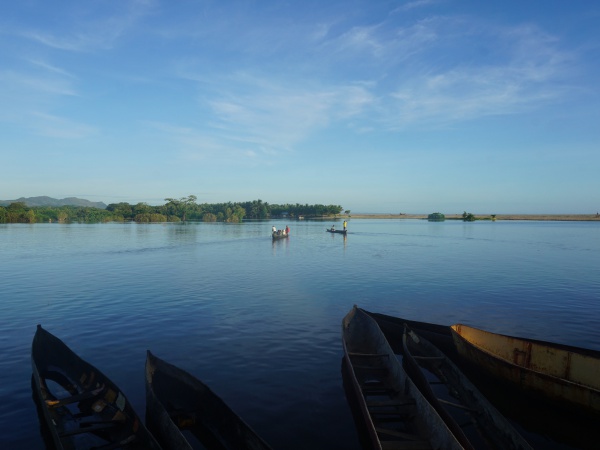 About 1km after the river crossing, bike through Bemanevika. Every Sunday there's a large market in the mornings, which becomes an especially lively market place during the vanilla growing season between March and August.

Thereafter a flat sandy road which sometimes turn into trail continues to Lake Ampasimbato, in which there reportedly are many crocodiles.