The bike ride begins with a canoe crossing over a creek near the centre of Sambava followed by an approximately 10km stretch through a coconut plantation. The price for the canoe crossing is 1,000 Ar (2020). 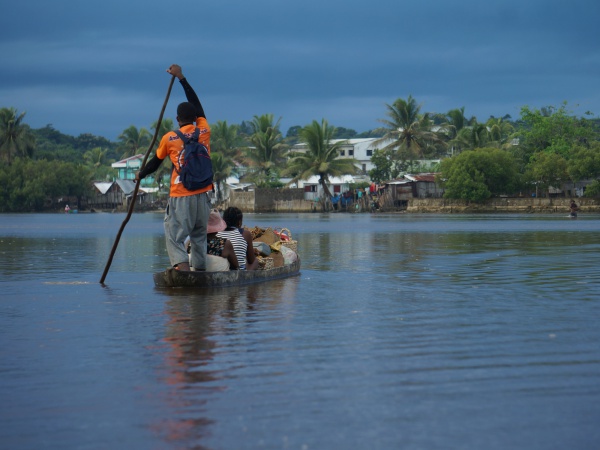