Difference between revisions of "Nosy Lonja"

Nosy Lonja (or Nosy Lonjo) is a small island in the Bay of Diego which is featured in numerous travel literature, company logos, on postcards as well as on the backside of the country's 100 Ariary banknotes. The island, which is also known as Sugarloaf Island, is an important landmark symbolising both the town and bay of Diego Suarez. 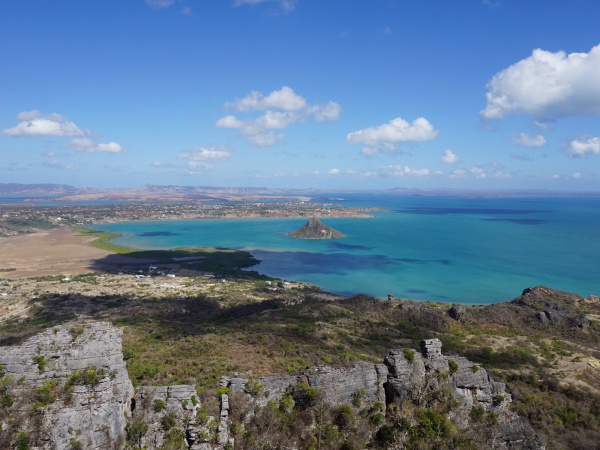 It is considered fady to visit the island, since it is believed death will follow to those who step ashore. As such, the island remains uninhabited and boat transfers are unavailable and not recommended. 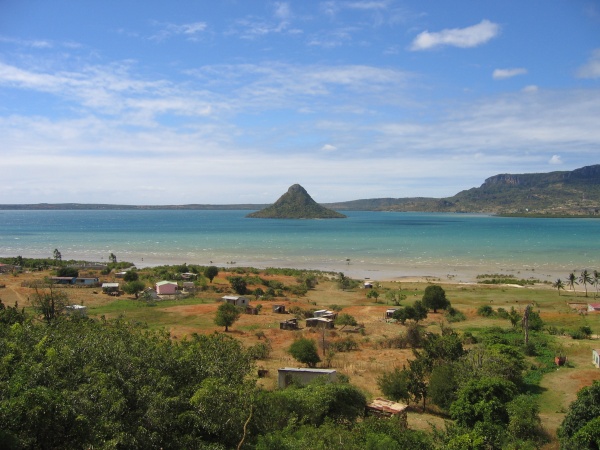 One may however admire the view of the island from the safe distance of the shore along Boulevard Duplex, about 10 minutes drive from Diego town along the route towards Ramena.

While a good view of the island is available anywhere along Boulevard Duplex, Note Bleue Park Hotel offers a particularly nice view from its restaurant and swimming pool area.

A sign along the road to Ramena reads:
Located in the French Bay, Nosy Lonjo also called "Sugar Loaf" towers at a height of 120m. For Diego Suarez and the locals it represents a strong symbolic image: A sacred place first and foremost, but also specific the charm and the hallmark of the bay as it is used in many logos. Nosy Lonjo belongs to the commune of Ramena. The sacred stone however, or "Vato masiny", the site of the rituals of the traditional religious ceremonies is an integral part of Diego Suarez commune.