This is a daily updated summary of media reports and first-hand accounts by various individuals on location in Madagascar with information on the current coronavirus situation in the country. Additionally, the Malagasy government broadcasts daily situation reports by radio and television from where much of the information here is collected.

3 April 2020: 6 new contact cases were found this morning (noon news) and 65 persons tested positive in total. Some of the 6 persons are in Toamasina. As the tests of people from outside of Madagascar were already completed, the authorities are now focusing on places and districts, like Isotry (in Antananarivo) and Toamasina, to find possible contact cases of the infected persons found this morning. 385 persons were in contact with infected persons in Isotry. The investigation continues to learn who all the persons in contact with those infected were. Each person suspected of having been in contact with infected persons will be quarantined and tested soon. 237 tests were already completed and have negative results for the moment. Aquarelle factory (Aquarelle Group) is creating high-quality protection masks under the supervision of the president and government which will be distributed at low cost. The government is also creating these masks for the protecting personnel working in prevention. 52 people in total who are infected come from abroad. From now on, the focus of the work is on possible contact cases. The evening news reports 70 infected persons in total (including 5 contact cases in Tana and 6 in Fianarantsoa). Fianarantsoa begins a partial confinement today. No death from corona has occurred yet. All declared positive corona cases are in treatment. The president will declare on Sunday the decision about the next steps. As it will be the end of the 14 days of confinement, it will be known if it will be necessary to continue or stop the confinement. The SAVA region declares no infection cases at a press conference in Sambava.

2 April 2020: The tests of people having arrived from outside Madagascar was completed today. Among the 3,162 persons from outside the country who ended their quarantine today, 12 previously infected and now fully recovered patients were included. The number of infection cases in the country since the first case was recorded is 59 with so far no fatalities. The price of basic necessities (rice, sugar...) will rise due to trade routes between the capital and the provinces being disrupted. The government is searching for solutions. A sailboat was intercepted off the coast of Nosy Lava (near Nosy Be) with 14 passengers (5 Malagasy and 9 foreigners). None were infected by the coronavirus. They left Nosy Be on 28th March and have now been ordered to return to the island as the borders are closed.

1 April 2020: The government, President Andry Rajoelina and his wife, some Chinese, Indian and Arabic representatives, individuals, company owners etc., are helping poor people, street vendors, newspapers sellers... They distributed food and money for taxi drivers, sex-workers, bus drivers and other people who are very poor and vulnerable and who can't work because of the coronavirus lockdown. A CCO (Centre de commandement opérationnel) is opened on Nosy Be island with Prime Minister Ntsay. They are starting the check and take care of possibly infected persons of COVID-19 on the island. Chloroquine (one of the medications that can heal COVID-19) is now in pharmacies but cannot be used by the general public as the medication is distributed only into hospitals. There are total 58 persons confirmed with coronavirus in the country as of today. The government is working hard to control the pandemic because there are already, within the 58, some contact cases which is very dangerous. The President repeats that it is very important to stay at home and not search for or visiting family members. A woman who is infected has escaped her confinement.

31 March 2020: There are now 50 infected cases in total. About 1,200 persons were tested today (persons suspected and placed in quarantine during 14 days: 7 of them were confirmed positives). In those 50 persons, one of them are in Diego-Suarez. The rest received a certificate of health and can leave quarantine now. The sick persons are already in treatment.

30 March 2020: A second contact case diagnosed. A driver-guide of a tourist visiting the country between 13th and 19th March. The tourist visited Antananarivo, Antsirabe and Andasibe. His itinerary was broadcast by the government and republished in L'Express (English). Today the number of cases increased by three and the total number of confirmed cases is 46. Two of the new cases are from Tamatave and one from Fianarantsoa. The President evaluated South Korea as having the best practice against coronavirus and mentioned they will be a role model. (BBC report). Test-kits arrive in Sambava.

29 March 2020: The number of confirmed cases are 43, which are all among the group of contained passengers in Tana on the last few incoming flights, although one was found in Fianarantsoa.

27 March 2020: 3 people received confirmation of infection and the total number of patients increased to 26, including two people from foreign countries and a first domestic infection due to contact with the infected persons. A social media user is wanted for spreading misinformation. Institut malgache des recherches appliquées (Madagascan Institute for Applied Research) finds a drug to prevent coronavirus according to a news report in Madagascar Tribune (English). 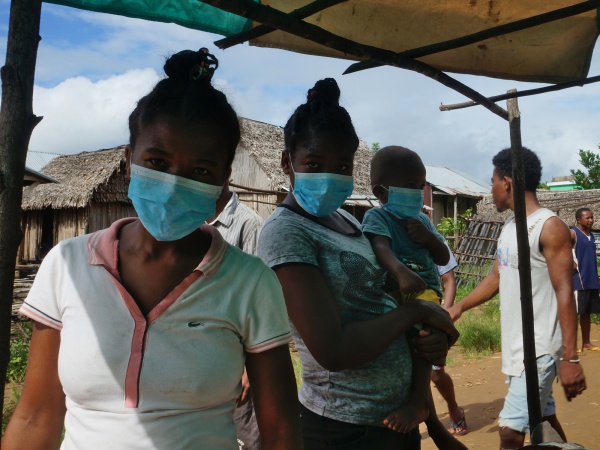 26 March 2020: 25,000 coronavirus fast testing kits for which results can be obtained in minutes arrived from China yesterday night in the first wave of medical equipment from the Jack Ma Foundation. The 3,500 passengers on all flights arriving in the country since 14th March will receive priority testing before their obligatory containment period ends on the 4th April. A second cargo plane with more equipment is expected today. A woman returning from an affected country was located at a hotel in Vohemar yesterday and although the person does not have symptoms she is ordered to remain in her hotel room for 14 days and not make contact with anyone. Ten other people who returned from France and Mauritus are in the SAVA region and quarantined in their homes. So far hospitals in the region are not equipped to carry out coronavirus tests, so evaluations are based on the number of days of health. Meanwhile, public announcement are made from campaign cars driving around towns of the SAVA region recommending residents to stay at home as much as possible. Many farmers living in small surrounding villages choose to move to huts on their fields, not only to safeguard their crops as they often do throughout the vanilla growing season but also to avoid risk of coronavirus exposure, although the closest confirmed case to date is in Tamatave, which is over 500km overland and which cannot be reached by road or air at this time. 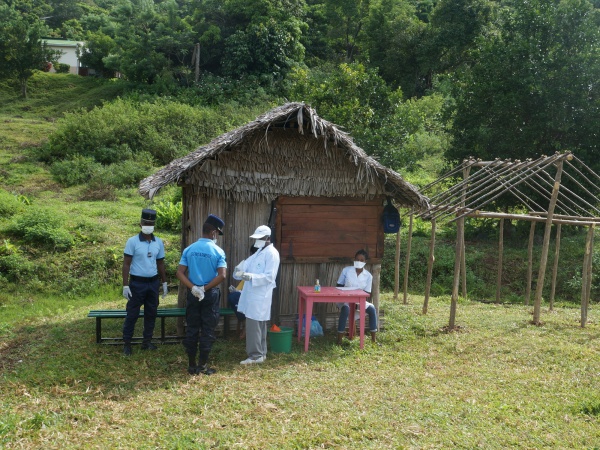 25 March 2020: Health controls are set up along the roads between the major towns across the SAVA region and at shipping ports and at Sambava airport. A doctor, nurses and gendarmerie check travellers temperatures. No cases have been detected in the region. Low-cost markets within communities across the country will be established on Mondays, Wednesdays and Fridays for the poorest populations. Social distancing measures are to be respected at these markets.

24 March 2020: People in Sambava are more calm today than yesterday. French people having arrived on one of the last incoming passenger flights to Madagascar were located in Sambava, among them one man placed under supervision in the local hospital but without reported symptoms. Madagascar National Parks have been closed from 23rd March until 5th April. The Centre de commandement opérationnel Covid-19 (Covid-19 Operational Command Center) open at Ivato's Mining Business Center near the capital. (Email communicationcovid19@gmail.com / 24-hour phone: +261 (0)34 05 503 60.) 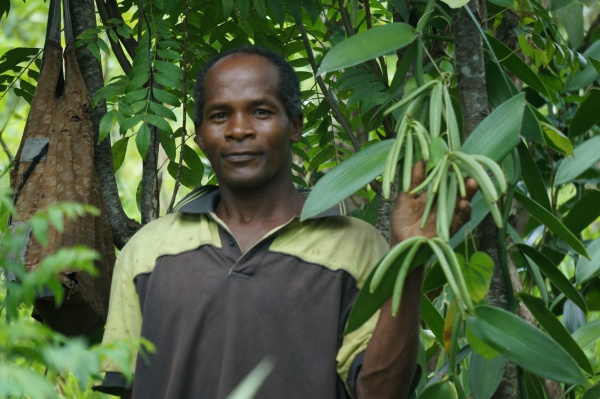 23 March 2020: 14 new cases of coronavirus bringing the total number to 17 confirmed cases. State of Health Emergency is declared for 15 days, to be reevaluated as the situation evolves. Affected regions are Antananarivo and Tamatave. Stop of public transport and confinement of the people in these provinces is announced along with a curfew between 8pm and 5am. Transport to and from affected areas limited to health professionals and other essential personnel including press organisations. Transport of goods are exempt. Health controls placed outside the capital and around major cities of the country. Tracking of all passengers having arrived in Madagascar since 14th March begins. 23 passengers who arrived on one of the last incoming flights from France remain unaccounted for and need to be checked since some passengers may carry the virus. Reports of a Malagasy air passenger having arrived in Antalaha, initially on a flight from France to Tana, are among infected passengers which raise fears across the SAVA region. The person is in self-isolation but have not showed symptoms. Offices, vanilla processing facilities and many shops in Sambava, Antalaha and Vohemar close. Banks, supermarkets and other essential services remain open with banks letting one customer in at the time. 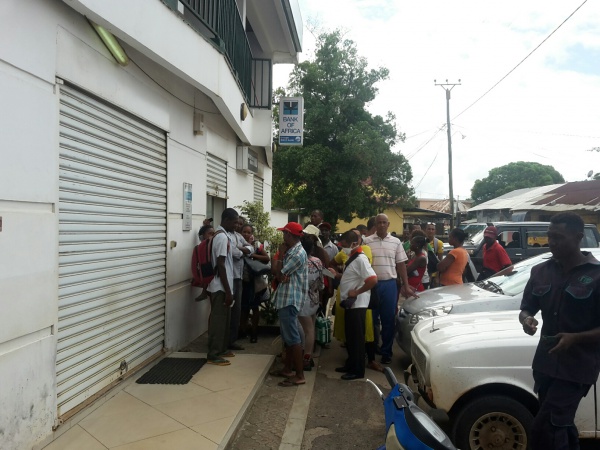 21 March 2020: Three cases of coronavirus infected passengers were detected arriving on separate flights on 17th, 18th and 19th March from France, with one of the infected passing through Mauritius. These passengers are in treatment and all passengers on the same flights in quarantine. Schools around the country have been ordered to suspend lessons for 14 days. 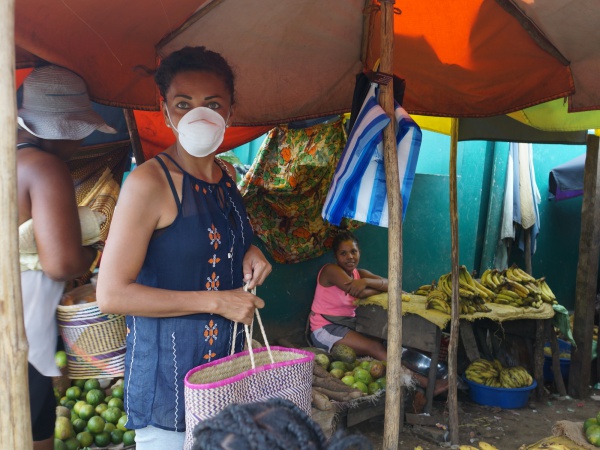 20 March 2020: Madagascar closes its borders for incoming and outgoing passenger air travel. Hotels on Nosy Be close and many hotel workers lost their jobs, resulting in a wave of crime and security problems on the island which rely heavily on tourism. The situation is tense. The Tourism Minister announces at a meeting with hotel operators on Nosy Be that the travel ban will last for 90 days (previously reported in media 30 days). 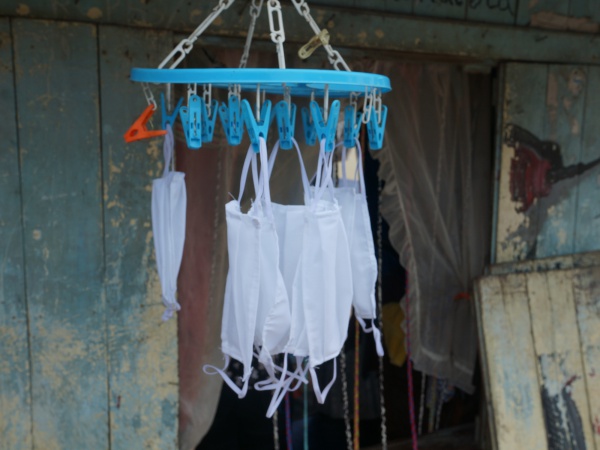 Google newsfeed including the keywords coronavirus and Madagascar