Chocolaterie Robert is a traditional cocoa producer and chocolate maker using Trinitario and Criollo cocoa beans organically grown in the Sambirano region of Madagascar. The result is an irresistible range of pralines and chocolate bars made by ancient recipes containing only natural Malagasy ingredients. 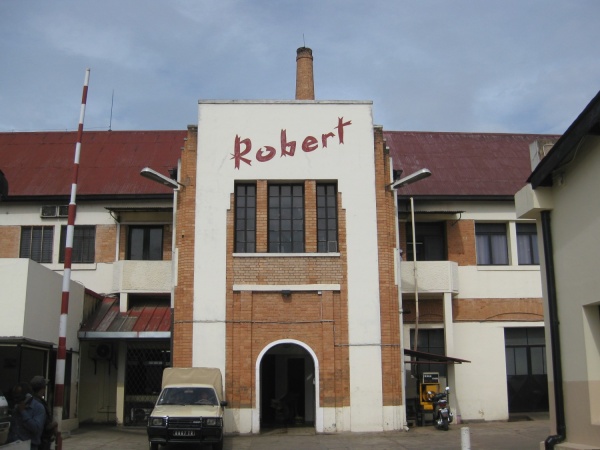 The Chocolaterie Robert factory and head office at Soanierana, Antananarivo

Chocolaterie Robert has a history of chocolate production dating back to 1937, when a French couple from Réunion Island, Mr and Mrs Robert, set up Madagascar's first chocolate factory in Brickaville, where pralines and chocolate bars were handmade. At the time of the rule of the last Queen of Madagascar, the area around Brickaville was where cacao plantations were first introduced to Madagascar. Following the French colonisation, cocoa production eventually moved to the Ambanja region which became the preferred location amongst French settlers keen to supply a metropolitan France with agricultural products. In 1958, the factory changed hands to the Berger family and moved to its current location in Antananarivo. In 1977 the company was sold to the Ramanandraibe Group. In 1999 the first two La Chocolatière boutiques were launched in Antananarivo. In 2004 two more boutiques opened in Antsirabe and Tamatave. In 2008 a La Chocolatière boutique was opened in the departure area of the duty free zone at Ivato International Airport. In 2011 a small and elegant La Chocolatière boutique opened in the the upmarket shopping and hotel district of Antaninarenina, next to Tana Hotel and within a short walking distance of Hotel Colbert and Le Louvre Hotel. In 2006 Chocolaterie Robert began shipping Mora Mora and Sambirano branded chocolates to Britain, which respectively won the Chocolate Academy's Silver Cup and the Best Buy Ethical Award. However, these two brands are no longer distributed. Since 2009, a range of chocolate bars branded VAO VAO are being exported to the United States through partner distributors. 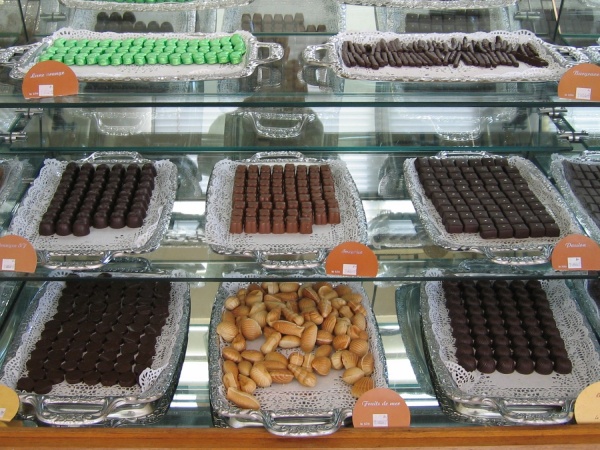 A selection of fine pralines sold at one of Chocolaterie Robert's boutiques, La Chocolatière, Antananarivo.

Chocolaterie Robert is a household brand name in Madagascar where its chocolate bars can be found everywhere from small village shops and department stores to upmarket confectionery stores and gift shops in cosmopolitan areas. In rural areas, usually one or more of Robert's chocolate bar varieties can be found. 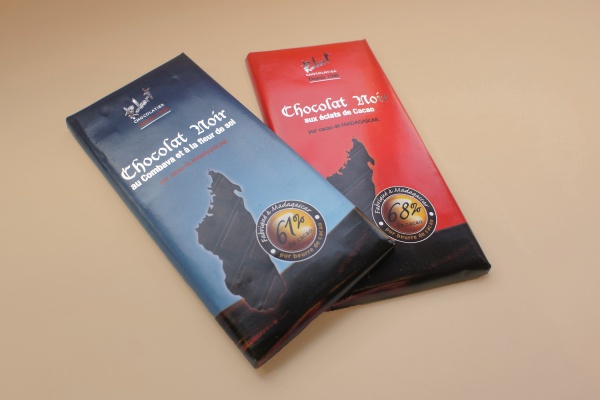 The Malagasy cocoa, also known as “green gold” of Sambirano, has in recent years gained reputation for its superior quality amongst chocolate experts worldwide. However, Malagasy cocoa production remains relatively small-scale in comparison to other major cocoa exporting nations. 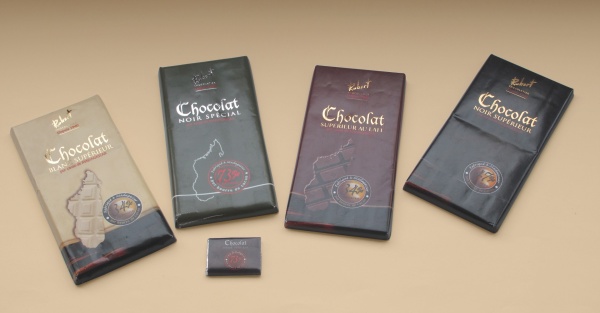 Chocolaterie Robert is a major contributor to the local economy, providing employment for about 120 independent farmers and up to 200 factory workers. The company operates both as a cacao bean processor and chocolate manufacturer, using 500 tons of the total 4,000 to 5,000 tons annual cocoa production in Madagascar.

To ensure premium quality cocoa, the Ramanandraibe Group has set up 23 support centres throughout the Sambirano Valley providing technical assistance to farmers. Fermentation tubs and drying areas for cacao beans are subsidised by the group. Madagascar cacao farming typically resides in the hands of small family businesses of farmers who live by their land and tradition while passing their skills onto future generations.

The Chocolaterie Robert company is organised into four units:

In recent years, Chocolaterie Robert has combined its time-proven knowledge of chocolate production with the expertise of renowned French Chocolatier André Rosset who has advised the company in the latest trends and technologies in the fine art of chocolate making. All of Chocolaterie Robert's products are classified as pure and single origin entirely made in Madagascar. Dark chocolate made by Chocolaterie Robert is rich in flavonoids that occur naturally in Croille cacao beans. Unlike other dark chocolates derived from cacao grown elsewhere, the Madagascar variety is low in bitterness and naturally sweet. Furthermore, the company is dedicated to fair trading and supports several small cacao farmers through micro-financing programmes. Today, Chocolaterie Robert's factory unit is a semi-industrial operation whose management, in an age of automated systems, still prefers to work with local people rather than machines.

Hand-picked assortments of pralines and other chocolate creations are sold by weight at La Chocolatière boutiques. Pre-packaged pralines can also be found in some other well-stocked boutiques, such as Lisy Art Gallery in Antananarivo. 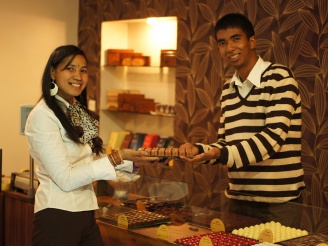 La Chocolatière boutique in Antaninarenina in the centre of Antananarivo