Cabinet Dentaire Bernd Zschocke is a fully equipped and highly professional dental clinic in Antalaha led by Dr Bernd Zschocke, a German-trained dental surgeon with many years of experience. The clinic is well-known for being the best in the region and perhaps in the country and even receives regular patients from the neighbouring French island of Réunion.

Following Dr Bernd Zschocke's formal education and training in dentistry in Bremen, Germany, his career followed in a leading private practice until 1980 when he took on a charitable role by working as a dentist for the Andapa Church Mission as he was searching for a new job in a different country. The only position that happened to be available abroad at the time was offered in Madagascar, where he eventually settled, married and built a private dental practice. 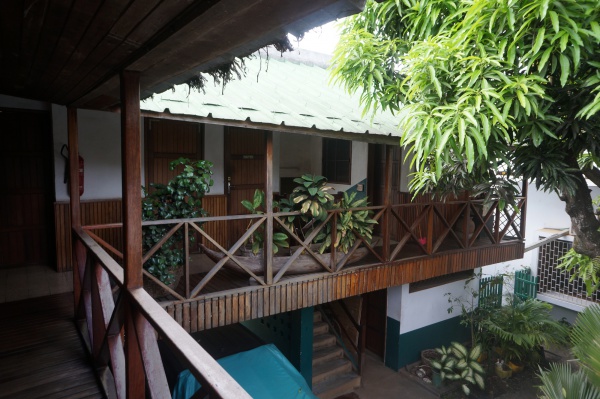 In 1987, he began to construct his current practice in Antalaha, which was completed two years later and where he and his team of professional dental assistants have been treating patients since. A complete range of conservative dental treatments is available at reasonable prices. For example, as of 2020, diagnosis & consultation is 30,000 Ar and a filling 140,000 Ar while an X-ray is 30,000 Ar.

Entrance through the Macolline KAM HYO Pharmacy or Orange phone shop next to the Shell petrol station in the centre of Antalaha.