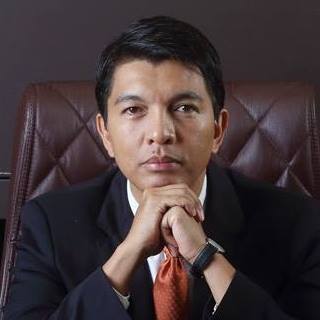 As of 18 March 2009 till 24 January 2014, Andry Rajoelina was president of Madagascar following a popular revolution partly supported by the military.

In 2007, Rajoelina was appointed Mayor of Antananarivo by Marc Ravalomanana, but in December 2008, the Government closed his broadcasting station following an interview with Ravalomanana's once political rival and former head of state Didier Ratsiraka.

On 19 January 2019, Rajoelina was inaugurated as a democratically elected President.