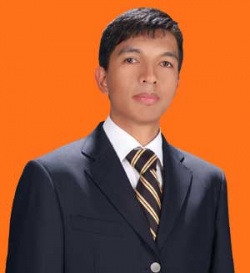 At 34 years Rajoelina is the youngest president in Madagascar's history. The previous constitution had set the limit for presidents to minium 40 years. Nevertheless, Rajoelina took the post and has wowed to fight corruption, change the constitution, and introduce demoratic elections latest by March 2011.