The South African adventurer Riaan Manser is the first person to have paddled around Madagascar in a kayak. Riaan arrived in his Paddleyak at Toamasina (Tamatave) beach on 8th July 2009, after having cruised the last couple of kilometres along the Pangalanes Canal. 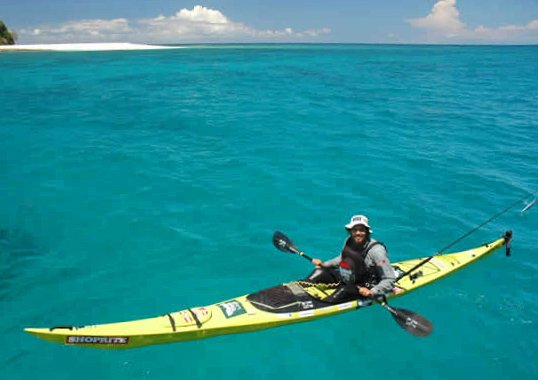 The approximately 5,000 km journey around the world's fourth largest island, also known as the sixth continent, began about 11 months ago in Tamatave. Additional information on Riaan's adventures can be found in the previous post titled Round the Outside.